Abstract – As resilient as the human body may appear to be, the aging process is inevitable and takes a physical toll on all bodies, but getting older does not equate to neglecting healthy habits. If anything, as people age it is more important to be vigilant and lead proactive lifestyles. In an effort to increase health awareness and promote a healthier lifestyle a university conducted a 7-week pilot study using activity trackers and telemedical Bluetooth devices on older adults to determine their current health situation and how it can be improved.

Most senior citizens are intimidated and resistant when it comes to relying on technology but through the use of activity trackers they are able to measure their own progress towards a healthier lifestyle. With the data gained from the activity trackers students were able to monitor daily activity and assess whether or not it encouraged a positive effect on the senior’s vital data.

This paper analyzes the correlation between activity trackers and senior citizen biometric data including weight, blood pressure and pulse. Based on the assumption that physical activity has a positive effect on the vital signs of older adults, the vital signs and step tracking data of seniors where wirelessly synchronized and tracked weekly over the course of our 7-week study to determine whether the use of telemedical devices such as an activity tracker has a positive correlation to the health of senior adults.

Pre- and post- assessment surveys were conducted on the seniors participating in the study to determine changes in vital statistics and attitude. Survey questions seek to determine the participant’s comfort level using technology, demographic/background information, general health and pre-existing conditions, related history and activity/exercise habits. By assessing the results, this paper explores whether the activity tracker had a significant effect on senior vital signs.

Most elderly people shy away from technology. This attitude stems from a fear of the unknown which is often dissolved once they understand the usefulness of the technology and how it can promote a positive impact in their daily activities and overall health. The 17 seniors who participated in this study, ages ranging from 61- 80, were exposed to new technologies that would be used over the course of 7-weeks including smartphones, tablet devices, social media and mobile health technologies such as wireless vital sign monitors and activity trackers. Once the participants were comfortable with the purpose and use of the various technologies, they were given the activity trackers to wear for the 7-week period of the study. Data collected including both steps tracked and calories burned on a daily or weekly basis can be viewed online by participants and researchers. In this study, seniors used Fitness Bracelet activity trackers that tracked their number of steps taken, distance walked, and calories burned. This paper examines (1) the Fitness Bracelet data, (2) vital signs of seniors collected during the pre-assessment, prior to receiving the Fitness Bracelet, (3) vital signs of seniors collected during the post-assessment, after 7-weeks of using the Fitness Bracelet, (4) and the effectiveness of the Fitness Bracelet on promoting a healthy correlation in the participant’s vital data.

A. What is a Fitness Bracelet?

A Fitness Bracelet is a type of wearable activity tracker which can sense and track how many steps the wearer has taken. This in turn is used to calculate the calories burnt as a result of these steps. A secondary purpose of fitness trackers is to motivate the wearer to improve on their own scores and thereby improve on their health. There are many activity trackers out there on the market and the number is steadily growing. People have their pick from the Microsoft Band, Garmin Vivosmart, Jawbone Up3, Sony Smartwatch, and the Misfit Flash to name a few. Seniors in this project used Fitness Bracelet, a compact clip-on pedometer that tracks the number of steps taken, distance traveled and calories burned. That information is automatically synced to the participant’s Fitness Bracelet account enabling them to view and manage their activity data online.

B. How is Fitness Bracelet Useful to Seniors?

As people age, their activity levels tend to decline due to general fatigue, as well as aches and pains. However, the danger in sedentary behavior can lead to a wide variety of health-related concerns and exacerbate pre-existing conditions.

Research has shown that physical activity plays a significant role in decreasing the risks and/or effects of:

Walking is an excellent form of exercise and gentle on the body. According to the American Heart Association, research has shown that walking at least 30 minutes a day can reduce the risk of coronary heart disease, osteoporosis, breast/colon cancer and Type 2 diabetes [2].

Monitoring and tracking vital signs is an essential part of maintaining a health-conscious lifestyle. By understanding patterns in vital signs it is easier to detect oncoming problems and possibly prevent them before they occur.

Seniors who are not restricted from physical activity due to an illness can use the Fitness Bracelet as a motivator to increase physical activity, establish ownership of their own health, and increase awareness of personal fitness with friends and family, while improving overall health.

To establish the demographic of the study group, the participants were asked their gender, ethnicity, age and primary language. As indicated in Figures 1, 2 and 3 the results revealed that the majority of seniors who participated in the pre assessment survey were Hispanic and African American females ranging in ages 60 – 75 years old.

Older people who have lower health literacy have less disease knowledge, poorer self-care, worse compliance with medication, worse health decision-making, and are more likely to engage in high-risk behavior in relation to health, such as smoking, drinking alcohol and living a sedentary lifestyle, compared with those who have better health literacy. [3]

According to the World Health Organization, “Health literacy represents the cognitive and social skills which determine the motivation and ability of individuals to gain access to, understand and use information in ways which promote and maintain good health”. [3] Results from the 2003 National Assessment of Adult Literacy of the United States indicated a serious lack of health literacy, revealing just 3% of the elderly had good health literacy, and that the health literacy was inadequate for a shocking 29%. [3]

The participants were asked questions regarding their health history, how they view their health, what vital signs, and whether they believe that any of the vital signs would be beneficial for them to keep track of on a daily basis.

Although the responses varied greatly when asked which vital signs they considered to be the most important to be tracked on a weekly basis, 100% of participants agreed that blood pressure is an important vital sign to track. Blood glucose came in second with 50% of participants viewing it as an important statistic to track; followed in the decreasing order with weight, body temperature, blood oxygen saturation, and thyroid.

Figure 6 showed that the greatest number of seniors suffered from hypertension at 64%, this was followed by obesity and diabetes, both a 36% and trialed at a lower percentage by other common health issues such as hypotension, heart disease, renal disease and chronic obstructive pulmonary disease.

A recent meta-analysis of 13 studies involving more than 130,000 people found that individuals who exercise at least four hours a week in their leisure time have a 19-percent lower risk of high blood pressure, compared with those who don’t exercise much. Researchers also found that three hours of leisure-time exercise equated to an 11-percent reduction in hypertension risk. Leisure-time exercise, including brisk walking or jogging, tennis and other activities, may help keep off extra pounds and improve blood flow, thus helping to keep blood pressure from climbing. [5]

Despite the results of figure 6, when asked how they view their own health, 29% of participants reported that they feel very good, 59% felt they had good health and only 12% of seniors described their health as fair.

In addition, to asking participants how they perceived their personal health, the survey also asked if they consciously lead an active lifestyle.

Overall, pre-assessment survey results indicate that most of the seniors are interested in their health, are willing to accept the technology of the Fitness Bracelet to monitor their steps because they believe it will be beneficial to their health, and already on the right path to leading an active lifestyle by exercising regularly. During the study, participants were given Fitness Bracelet to walk and exercise with daily and at the end of the 7-week study the results were compared to those gathered in the pre-assessment survey.

A. Attitude towards Technology

Most participants involved in this study were confident in their ability to learn and understand the Fitness Bracelet technology. Researchers educated participants on proper usage of the device and related software including cellphone/laptop applications.

B. Health Habits and Vital Changes

As a follow up to track differences in health patterns, seniors were asked how they felt about the significance of tracking their vitals after using the Fitness Bracelet for seven weeks. Figure 13 lists the changes in responses from seniors and measures how the responses are compared to the pre-assessment survey responses. Results indicate a positive response in attitude towards tracking vital signs. With 0% of participants who viewed checking vital signs as not helpful and there was a 2% increase in participants who viewed tracking vital signs as very helpful… The results in Figure 14 indicated the greatest increase at 19% on the importance of weight when asked which vitals were considered the most important to be measured, while all most other vitals decreased or remained the same in importance. It can be inferred that the increase of importance on weight measurements is attributed to the Fitness Bracelet and daily step awareness in participants. One of the most important questions in the post-assessment survey was whether the seniors considered daily step tracking helpful. Based on the result it can be determined that the Fitness Bracelet was helpful for participants to track their daily steps.

A recent meta-analysis of 13 studies involving more than 130,000 people found that individuals who exercise at least four hours a week in their leisure time have a 19-percent lower risk of high blood pressure, compared with those who don’t exercise much. Researchers also found that three hours of leisure-time exercise equated to an 11-percent reduction in hypertension risk. Leisure-time exercise, including brisk walking or jogging, tennis and other activities, may help keep off extra pounds and improve blood flow, thus helping to keep blood pressure from climbing. [5]

With the Fitness Bracelet seniors are more aware of the number of steps they’ve taken for the day, the number of calories they burned and how far they have traveled. It’s a great reminder for them to take extra steps throughout the day. Being aware of one’s health is the first step taken to improve it.

Regular physical activity has a number of benefits that are particularly important for older adults. It can: a) slow the age-related decline in functional capacity; b) improve mobility and independence thus making activities of daily living easier; c) slow age-related declines in cognition or even improve cognitive functioning; d) reduce the risk of falling; and e) benefit areas of mental health such as social interaction and overall well-being. [6]

Walking is an ideal mode of physical activity for older adults and has been described as ‘the nearest activity to perfect exercise.’ It is a cheap and safe way of increasing physical activity participation with minimal adverse effects. For previously sedentary adults, walking can result in physiological health benefits including decreases in body weight, body mass index, and percentage body fat and resting diastolic blood pressure as well as psychological health benefits such as positive effects on mood. [6]

The Fitness Bracelet is a necessary companion for seniors who walk because it enables seniors to track their steps and to see how many calories they burn which contributes to their overall health. 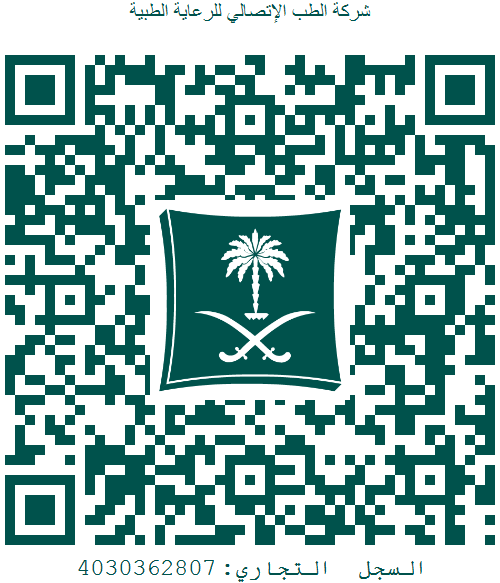